The last 12 months has seen Foresight Sports, the industry leading launch monitor brand, firmly cement itself as the most-used golf launch monitor worldwide. This is no more evident than on the PGA Tour and European Tour.

Having already seen a huge influx of players using the GCQuad on the range and the golf course at this years’ Masters tournament, the story was the same again at Torrey Pines for the US Open. Over a third of all the players could be seen on the range dialling in their numbers with the GCQuad and then heading out onto the tee boxes, fairways, and greenside to ensure their game was ready to face the toughest test of the year.

The influx of GCQuads has gained plenty of attention around the tour ranges, with the ranges even being dubbed “Quad city” by some of the tour reps. It has also led to players, like Brendan Steele, bringing an extra caddie with them, one to carry the bag and one to be in charge of the GCQuad during practice rounds.

Having previously seen Tour ranges filled with doppler radar launch monitors, interest has been expressed in why we have seen so many players deciding to now put their trust in the Foresight Sports GCQuad. According to Director of Sales for Foresight Sports, Rick Cuellar, the foundations were laid 4 years ago when he, along with the Tour Rep, began regularly showing players the new technology:

“They brought on the popularity — originally there were 30 or 40 tour pros using GCQuad. Others were so ingrained in using radar or the popular Trackman launch monitors that they thought they didn’t want to change. But ours does things quite differently. And the messaging has finally got through”. 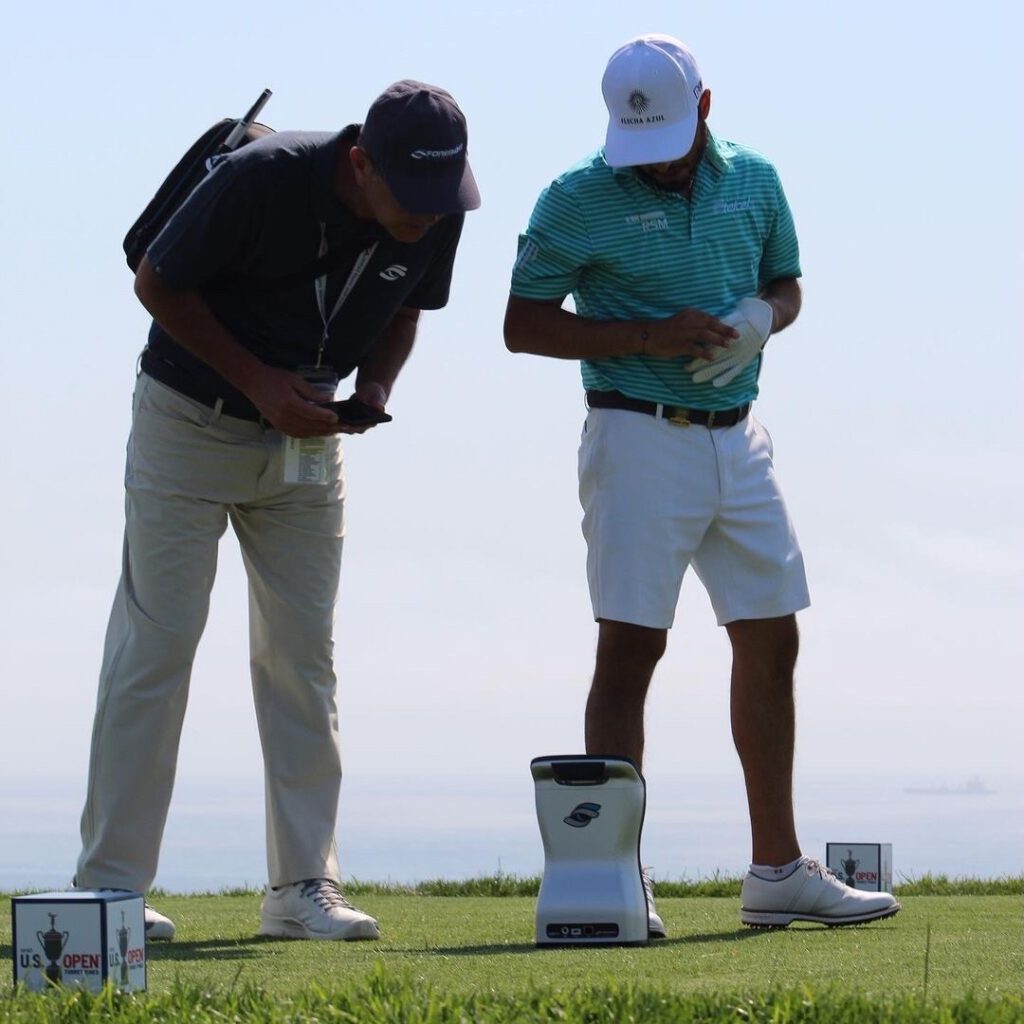 Rick also explained how players became more interested after others had success using the GCQuad – even one player who endorses a competing brand. When it comes to understanding the reasons behind the differences and why the players prefer the GCQuad, Cuellar says it’s down to more accurate ball data in all conditions:

“Trackman can’t judge what the wind’s doing 100 or 130 feet up in the air,” says Cuellar. “Most of the time, they’re estimating what’s happening up in the sky, with fewer data points. The GCQuad measures the launch condition over 30cm of the initial ball flight — essentially in an isolated environment that is only characterising your ball striking. That is crucial to know, rather than tracking a ball downrange in three-dimensional space. It tells you that on a flat shot your ball is carrying exactly this far in any conditions, not just wind — it takes into account the air density, temperature, and more.”

Providing that ‘isolated’ data along with unmatched portability, lightening-quick data production and on-board display are exactly why so many players, manufacturers, coaches, club-fitters and private users are choosing to put their trust into the GCQuad, and why Foresight Sports will continue to be the most used golf launch monitor technology worldwide.

Eventual US Open 2021 winner Jon Rahm, the first Spanish golfer to win the trophy, has been proudly using his GCQuad for some time now. He becomes yet another major winner on the ever-growing list of GCQuad owners.

For more information about how the GCQuad measures and why it is used outdoor please visit https://foresightsports.eu/what-we-measure/?utm_source=PGASweden&utm_medium=media&utm_campaign=US-Open